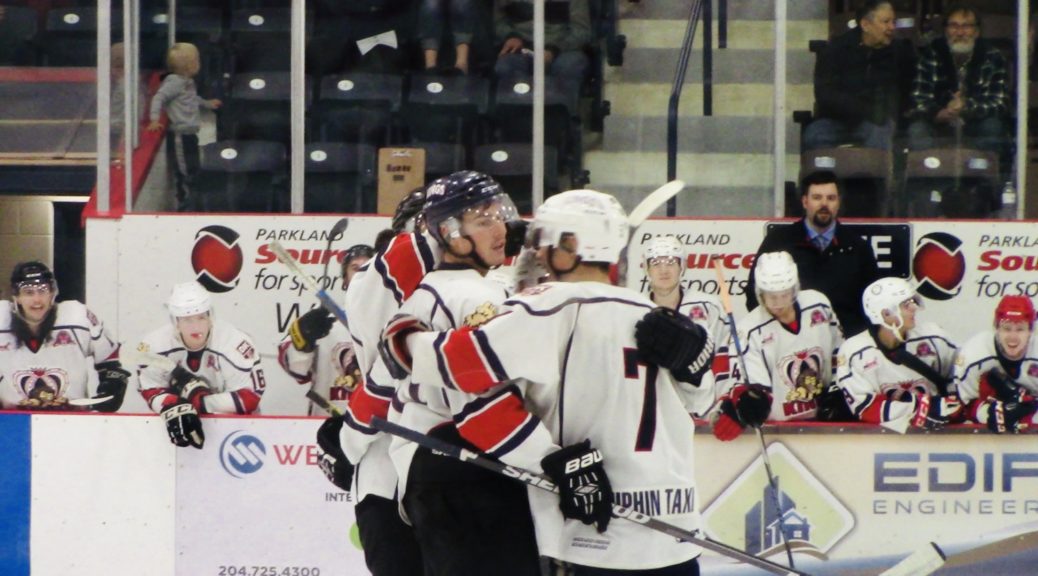 After two rookie preseason games, the Dauphin Kings went with a veteran lineup tonight and it paid off, as they ended up cruising to a 4-1 win over the Virden Oil Capitals.

Just 4:08 into the game, former WHLer and OCN Blizzard George King opened up the scoring as Brendan Arnold and Landon Russell picked up the assists.

After some back and forth action, the Oil Capitals fired a puck off the end boards and it bounced out front where Brett Paddock fired it into the back of the net as the Oil Caps tied the game up on the powerplay.

That was it for the first period scoring as the teams went into the dressing room tied up.

It wasn't until the 12:47 mark of the second period when we saw another goal. Alex Schneider brought the puck into the zone on the wing and cycled it down to Bryon Fobair.

From there, Fobair was able to find a cutting Riley Shamray and after taking his time, Shamray put it in the back of the net as the Kings regained their lead.

16:44 into the third Alex Schneider picked up his second assist of the game as Riley Buller scored his first goal as a Dauphin King that saw the team go up 3-1.

Then, with 27 seconds left Bryon Fobair finished up a solid game by potting one into the empty net that saw the Kings score his fourth goal and earn their second straight preseason win on home ice.

After giving up a powerplay goal on Virden's first chance, the Kings killed off six straight penalties to finish the day 6-7. The Kings struggled on the powerplay going 0-3.

The Kings are back on the ice on Monday as they head to Waywayseecappo to take on the Wolverines.