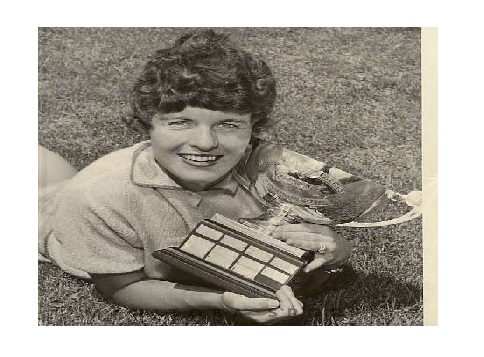 Golf clearly runs in the family for the Homenuik's.

Stan Homenuik is still making birdies and playing every day at the Dauphin Lake Golf Club, and Stan's Sister In Law, Marg Homenuik was recently inducted into the Manitoba Sports Hall of Fame... again.

Already inducted as an individual for her incredible golf career, Marg has now been inducted in the "Team Category" as she was a part of the 1962 Manitoba Ladies Amateur Team that won the Ladies' Amateur Canadian Golf Championships.

"It's definitely a great honour to be inducted as a team," said Homenuik. "It's my second time, and it means a lot."

"When we won, we didn't think we would get automatically inducted, we just wanted to win," said Homenuik. "It was very hard to beat BC, Ontario, and Alberta, but we found a way to get it done."

Previously, Marg was inducted into the HOF in 1998, and her career is definitely deserving. She won four straight Manitoba Amateur Championships from 1961-64, and she won six overall. She also won 11 Club Championships at Rossmere in Winnipeg and three at Elmhurst.

"The first time being inducted as an individual was really, really exciting," she added. "This is as well, but it's a different exciting. There was four of us, and we had to come together and play really well in one week, and we did that. All in all, it's a special feeling."

Marg now plays occasionally at Rossmere, where she became a Champion 11 times back in the day, and she's also helping her nine-year-old grandson get into the game. Making sure she helps young aspiring golfers pave their way in the game is very important to Marg, and it's also very important to Stan here in Dauphin. Stan holds several lessons at the Dauphin Lake Golf Club.

Stan not only helps young kids get better, but his game is still near the top. He shoots in the 70's frequently, which Marg is highly impressed about.

"It's pretty impressive, that's for sure," she added.

Winning those four straight Manitoba Amateurs' is something Marg never will forget when she looks back at what was quite a decorated career on the links.