Countryfest To Return In 2022 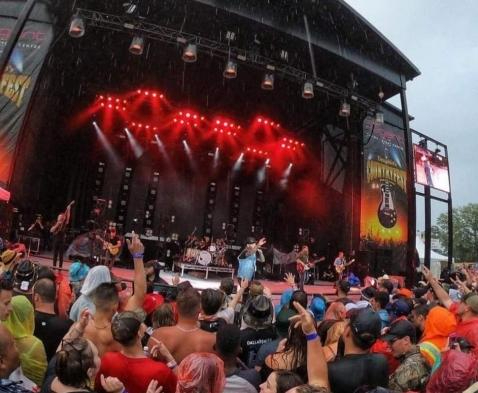 After being cancelled twice due to the pandemic, Dauphin’s Countryfest is set to return next year.

Canada’s longest-running Country music festival will run from July 1st to the 3rd of 2022.

General Manager of Countryfest, Rob Waloschuk says it’s been far too long since they’ve been able to have the festival.

“I mean we’ve gone two years now without the festival and it’s really been a struggle for a lot of us, and not to mention a really big struggle for the local community not being able to benefit from the effects of Countryfest whether that’s service groups in the area or non-profit groups who benefit from it.”

“So excited to announce that Paul Brandt, Johnny Reid, Dallas Smith, Dean Brody, Terri Clark, Gord Bamford, the Reklaws, Don Amero, the Hunter Brothers, the Washboard Union, Chad Brownlee, Jess Moskaluke, the Road Hammers, Michelle Wright, JoJo Mason, Doc Walker, Jade Eagleson, it goes on and on. There’s even more to come a bit later, but we sure are excited to be able to give back to those Canadian artists, and give back to all of our fans who’re looking forward to getting back here.”

Corb Lund and Charlie Major were announced for people with carry-over tickets from 2021.

While planning for next year, the current public health restrictions were taken into consideration.

“We’re going to follow the rules for next year with the vaccination requests, and we’ve decided on our own we’re going to reduce our capacity to 50 percent. It’s going to be much more comfortable and safe for everyone, and I think our fans are going to appreciate it, you know first year coming back let’s just take it easy, have a good time and really get back to some good Country music.”

Presale tickets can be purchased by members from October 25th to November 5th. Ticket sales begin for the general public on November 15th.