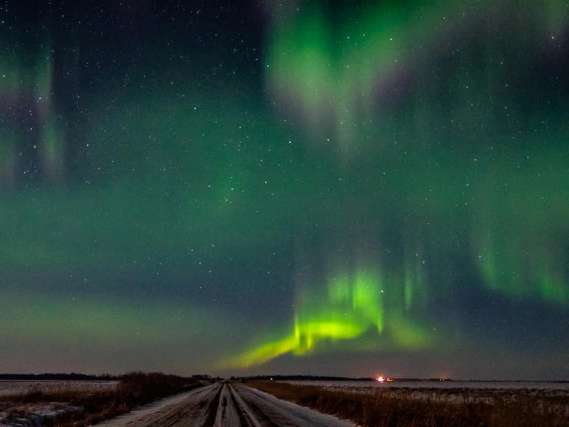 It's a good time to catch a glimpse of the northern lights.

Planetarium Astronomer with the Manitoba Museum, Scott Young, says an increase in solar energy is causing the lights in the night sky lately.

“The northern lights are pretty unpredictable and we haven’t seen much of them for the last little while. But two nights in a row, on a weekend, both nights were clear across most of Manitoba so it was pretty good. It’s all caused by the activity on the sun which is basically what causes the northern lights.”

Scott says you’ll get the best view of the lights by finding a clear space with a flat horizon, and put whatever big city or town that’s near you to your south.

The planetarium astronomer says you want a nice flat horizon, "you don’t want a bunch of trees or anything in your way. You want a nice clear view down to the horizon to the north, no local lights. Then you need patience.”