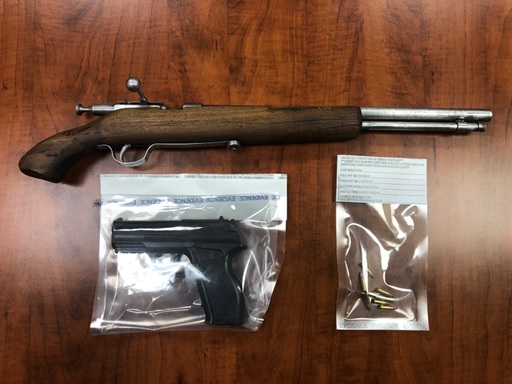 A man is facing multiple charges after an armed stand-off on Sandy Bay First Nation.

Police were told a male suspect had locked all the doors to the house and refused to let the female occupant leave.

When officers arrived, a woman had left the home and told police that the man had assaulted her, and that she believed he had a gun.

MFNPS officers surrounded the home after the man was seen holding a gun, and refused to exit the home. Police were able to access the home and arrested the man.

A search of the home located a sawed-off .22 caliber rifle, ammunition, and a handgun-style BB gun.

The 25-year-old man from Sandy Bay First Nation has been charged and is facing the following offences: