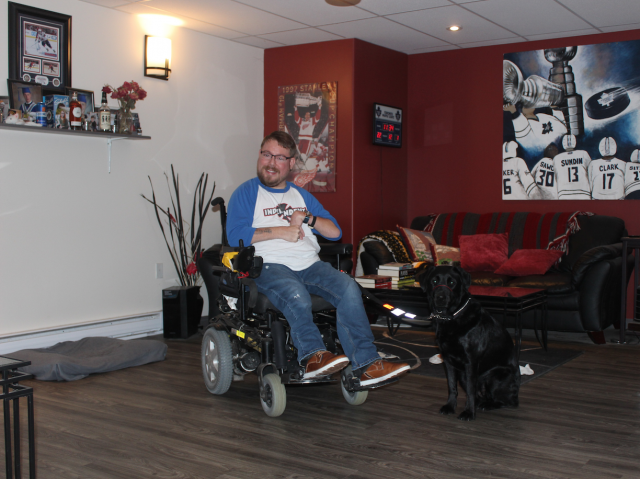 A local disability advocate says he was forced to leave a Walmart for not wearing a mask, despite his mask-wearing exemption under public health guidelines.

Alex Lytwyn from Winnipegosis lives with Cerebral Palsy, and posted a Youtube video detailing his experience on December 16th at the Dauphin Walmart.

Shortly after entering the store, Alex explains he was approached by two security guards who insisted he put on a mask or leave.

Under Manitoba public health orders and Walmart Canada policies, Alex is exempt from having to wear a mask in store, as he’s unable to remove or put one on without assistance due to his disability.

After some back and forth with the security guards and speaking to the manager, Alex ultimately left the store. He says similar experiences he’s had during the pandemic have left him feeling hurt.

“It’s not so much my physical health, it’s my mental health that’s taking a toll. When I go out in public, people who don’t know me see me without a mask and shy away from me. I can feel them looking at me like, ‘why doesn’t he have a mask?’”.

Alex — who has written two books and has plans to launch an at-home business — doesn’t want his disability to define him.

“Ever since I was a little boy, I tried to present myself and not my disability.”

A statement from a Walmart spokesperson regarding the incident on Dec. 16 reads “we take issues of this nature very seriously and we are currently looking into the matter.”