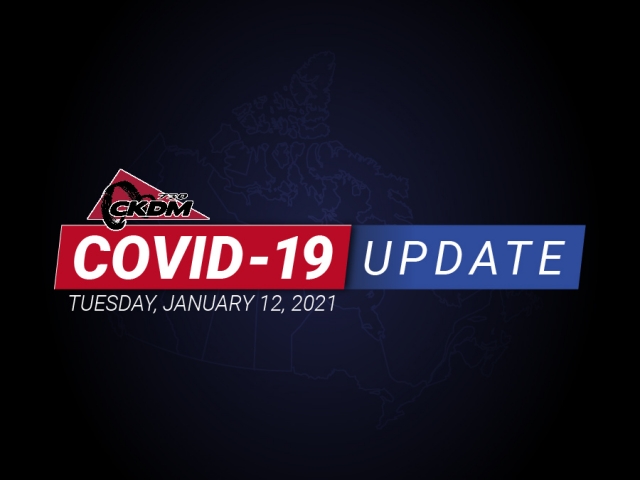 Health officials reported 92 new cases of COVID-19 and 8 deaths due to the virus.

An outbreak has been declared at St. Paul’s Personal Care Home in Dauphin, and the site has been moved to red on the Pandemic Response System.

One of those deaths announced Tuesday is at the McCreary/Alonsa Health Centre — a woman in her 70s.

On Monday, Dr. Brent Roussin looked ahead to the future of Manitoba's vaccination campaign, saying he wants Manitobans to get the shot as soon as they're eligible so things can get back to normal.

"We can’t get back to normal unless we’re getting close to that herd immunity number.”

As of Monday afternoon, around 339,000 Canadians had received the first vaccine dose —  less than 1% of the population.

The current five-day COVID-19 test positivity rate is 10.1% provincially and 8.4% in Winnipeg.

The total number of lab-confirmed cases in Manitoba is 26,540.

There are 21 people in intensive care units with active COVID-19 as well as 14 people who are no longer infectious but continue to require critical care (35 ICU patients in total).

The total number of deaths due to COVID-19 is 748. Due to a data error, one death reported earlier by the province — a woman in Winnipeg — has been removed. Health officials are confirming individual is still alive.

In the Interlake, the Eriksdale/Ashern health district has 57 active cases, while Fisher/Peguis has 40.