Yesterday’s thunderstorms and heavy rain have caused the RM of Oakview, west of Minnedosa, to declare a state of emergency.

The RM, which includes Oak River, Cardale, and Rapid City, saw somewhere in the region of 150 mm of rain get dumped into the area.

Environment Canada is even trying to confirm if a tornado touched down in the Rapid City area.

A home in Rapid City saw the force of the storm; extensive damage was done to the inside and outside of the home, and dozens of trees have been uprooted.

According to Scott Kehler with Weatherlogics, the amount of rain received in Brandon Sunday evening is equivalent to the total amount of precipitation that Brandon received from January 17 to June 27 this year.

Highway 10, south of the Highway 45 junction is closed because of flooding.

In Dauphin, water pooled up in several streets and ditches. 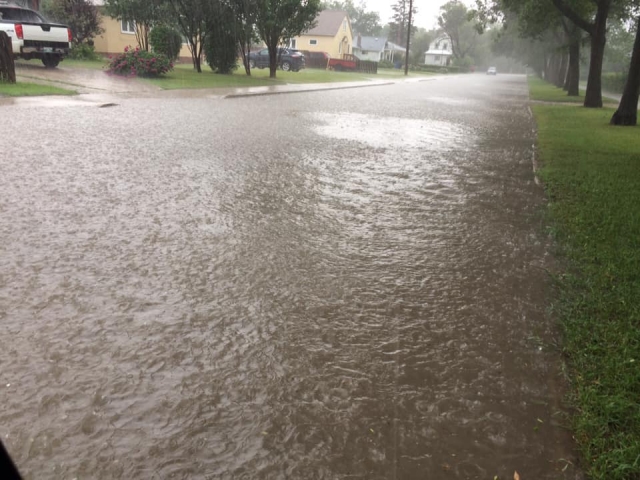