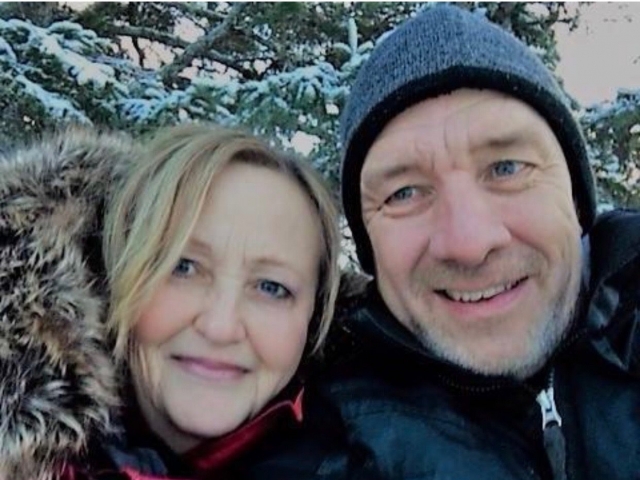 If you're driving around River Avenue West and River Avenue East this Sunday around 6:00 p.m., you'll notice people on their driveways enjoying their favourite drink and spreading some community cheer.

Brent and Connie Isaac have decided to shine some light on the current situation when so many people have been suffering through the growing concern of COVID-19.

This past Sunday, the Dauphin couple grabbed their favourite drink and they headed to the edge of their driveway and they weren't the only ones. Other home owners on the block did the same and when they did, it was non stop smiles and laughs. The Isaacs thought of this idea so people would go outside and make sure their neighbours are okay during this tough time.

"I think we live in a pretty awesome community here and we're just tapping into some of the kindness and goodness that's out there," said Brent Isaac. "We're trying to make people feel a little bit more connected even if it's not around a table during this period of self-isolation."

The Isaacs and a number of other people on the block plan to do the same thing this Sunday at 6:00 p.m. Even if you don't live on River Avenue, Brent is challenging everyone in Dauphin to do the same on their block.

"I would love to see if everyone in Dauphin would take this idea and run with it," continued Isaac. "Just a wave and a couple of words to your neighbour could really help them during this time, so many people need a pick me up and this is such a simple way to do it."

Brent and Connie are also urging people to take a non-perishable food item to the curb and leave it there. They would then hope someone on the block could collect all of the cans and deliver them right to the Dauphin Food Bank in this time of need.

"This is really so simple. All it takes is for one person to take a bit of initiative," concluded Isaac. "People are looking for a way to reach out and sometimes they don't know how to, this is one simple way. It really doesn't take much."