No Cell Coverage Is ‘Life-Threatening’ 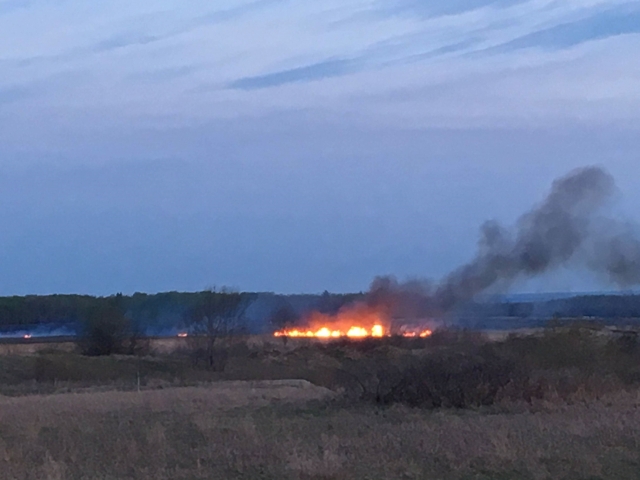 The Fork River Fire Department relies on their cell phones to get notified of emergencies.

But now any cell coverage that was in the area is going away.

BellMTS is cutting their CDMA service and plunging the 23 volunteer firefighters in the dark.

Fire Chief Darren Kippen believes the situation is life-threatening. Saying volunteers could be in the field, and their neighbour’s house a few miles away might be on fire, but they wouldn't know about it.

“None of us have desk jobs. Most of us are farmers or truck drivers, stuff like that. so we’re never by our landlines. So we have always counted on our cell phones to get our calls. We’ve been using the cell phones here for the last 25 years at least.”

They currently use a system that works very well called Paging Unlimited.

“What they do is, 911 they contact the Fork River Fire Department, they intercept the call then they text us, call our cellphone, they also call our house phones then they also email us.”

When Kippen phoned BellMTS customer relations they told him that cellphones were a privilege. They also told him to use a service they already use.

“Right now we have a Fleetnet system, but it’s the old system, and it works, but it doesn’t work. Even the RCMP have problems with it. What we’re going to have to do, the only thing I can think of, is go back to what they call the paging system. We’ll have to put up a tower and then buy pagers. Which to me is stepping back in time.”

Kippen says the paging system will only broadcast around five to seven miles. Some of the guys have land over 20 miles away and could miss something important.

BellMTS says the CDMA network coverage did not formally extend to Mossey River, although it’s possible signals could be picked up in areas around nearby communities that did have coverage. They continue to expand wireless service in Manitoba as part of their $1 billion investment plan for the province but do not have any announcements right now about expanded service in this particular area. They say Sifton, however, is already well covered with LTE.