DQ Expected To Open In March 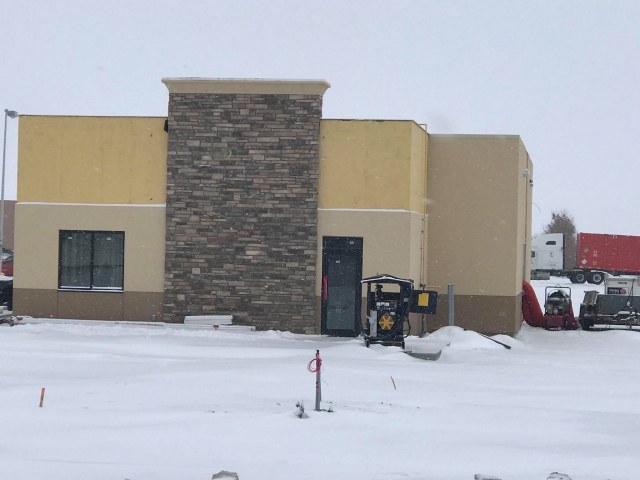 Eric Rochefort, Dairy Queen Franchise Developer, explains what stage the project is in.

“We’ve just begun our lease –holding improvements, so the interior basically. We have equipment scheduled to land in Dauphin at the end of the month, I believe it’s January 28th.”

DQ is looking to hire 50 to 60 people around town for both full and part-time positions.

“We’re going to begin our recruitment process as well, as we build out the store.”

The recruitment process is getting going in the next couple of weeks.

The project was initially expected to open late January or early February but it was delayed for a couple of reasons including weather.

“There were some delays at the beginning of the project from the landlord’s side, and even on our side, there were a few delays. The weather didn’t help, obviously,” Rochefort continued. “We’re probably going to open up with an unpaved parking lot at this point. But we feel that it’s the right thing to do here, to be able to serve our fans in Dauphin.”