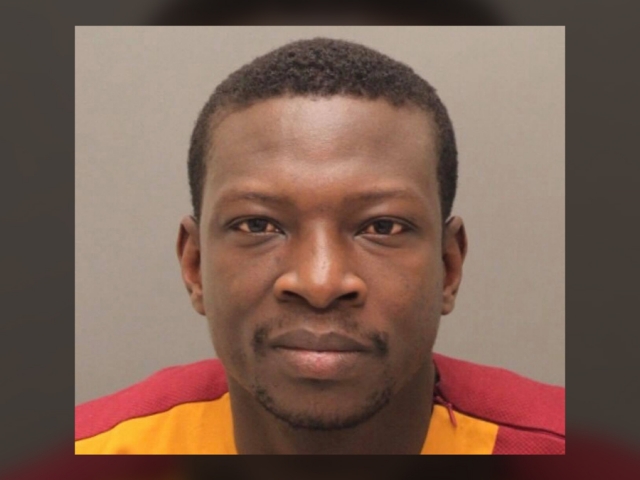 The Brandon Police Service is looking for 33-year-old, Ambrose AIDOO, who is from Brandon.

There is a Manitoba wide warrant for his arrest for Sexual Assault, Falsely Representing a Peace Officer, and Failing to Attend Court in Accordance with his Release Order.

The BPS isn't sure of his whereabouts, but they do believe he could be staying in Winnipeg.

If you have any information or know someone who does, contact Brandon Police at 729-2345. 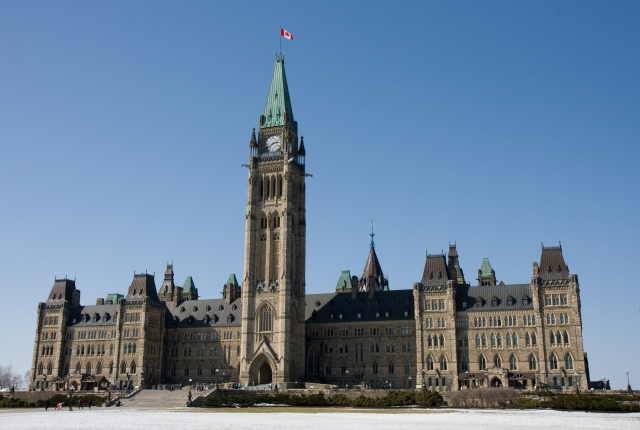 Residents of the Lake St. Martin First Nation, whose homes were destroyed in a devastating flood almost a decade ago, met in Winnipeg after courts decided to end benefits for the evacuees.

Lake St. Martin Chief Adrian Sinclair is concerned that some evacuees could end up homeless with the benefits coming to an end. 1,400 people were displaced by the flood.

Sinclair said that he’s working on a plan to ensure evacuees with nowhere to go, receive financial help.

After water was diverted from the Assiniboine River into Lake Winnipeg in 2011, extreme flooding in Lake St. Martin forced the evacuation of the entire community and destruction of all homes, buildings, and community infrastructure.

Of the 1,400 people evacuated, only 475 have returned home. According to Sinclair, 314 families still have nowhere to go.

The federal government ended evacuee benefits as of January 31st, but 130 evacuees will receive benefits until the end of March when more homes in Lake St. Martin will be ready for people to move in.

The government has said that it expects that by the end of March, 350 homes will be completed. They point out that it is more than the 182 homes that were present in the community before the flood. 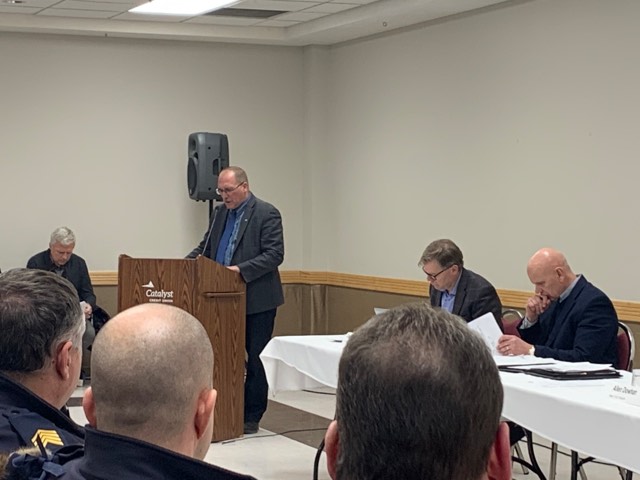 Yesterday at Credit Union Place, the Aspen Lodge filled up for a town hall meeting on the closure of the Dauphin Correctional Centre. The meeting consisted of different people, groups, and organizations talking about how the jail closing will affect those in Dauphin and the Parkland.

When Dauphin MLA Brad Michaleski had his turn to speak, he said despite the jail closure being a tough decision, he was okay with it.

“Our focus and our promise to Manitobans was, again, to fix the finances, repair services, and ultimately grow the economy. Which is probably one of the greatest things we can do for the people of Manitoba and in terms of effecting the social outcome. So that’s a pretty strong thing. Along that way, we have to make decisions on a daily basis, on a whole host of issues.”

Michaleski says a lot of thought went into the decision and it wasn’t taken lightly. He adds that the local governments and stakeholders are having meetings with the provincial government on how the government can help.

“The decision on the jail, it’s not something you just come out and make promises and then don’t keep them. We’ve made a decision and we’re looking for ways to mitigate the effects of it. We also have a great offer from the province to help our entire region grow as a region, which ultimately helps the City of Dauphin.”

After the conclusion of the meeting, Dauphin Mayor Allen Dowhan said he was pleased by the crowd and the stories from the people and organizations being affected.

“Now, we have to see some change of policy or thinking from the provincial government. That’s all we ask.”

Deputy Reeve of the RM of Dauphin, Midge Sametz, was in agreeance with Mayor Dowhan.

“A lot of presenters brought a side to it that, maybe a lot of people had not thought about it previously, like how it affects the RCMP, what their role would be in it, just the business owners, how it’s going to affect them, they brought their perspective to things as well. I was very pleased with the presenters, they did an awesome job.”

There’s another chance to show your concern for the jail closure today at 4:30 as the MGEU is hosting a march to the jail where there’ll be a rally.

Keystone Agricultural Producers (KAP) has submitted a list of recommendations to the Manitoba government for the 2020-21 provincial budget process.

-Increasing resources towards the enforcement and prosecution of trespassing on farmland.

-Keeping the previous Manitoba Agriculture budget lines separate in the presentation of the budget of the new department to maintain transparency. 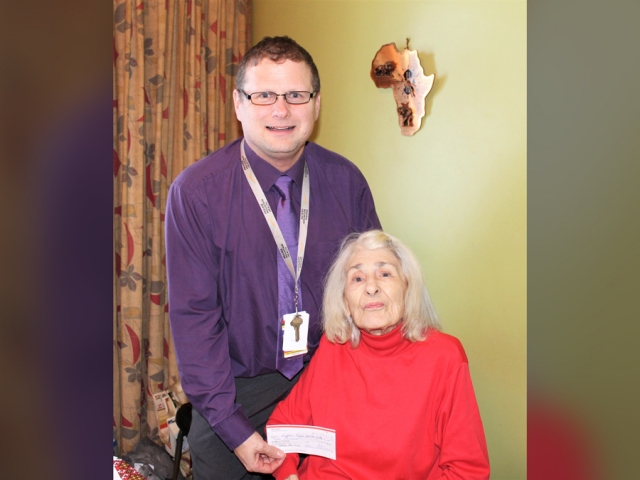 A donation of $15,000 was submitted by Anne Stewart in memory of her late husband Peter Stewart.

The foundation has contributed funds toward the completion of the DRHC Palliative Care Redevelopment Project through generous donations.

Their next goal is to provide two more specialized beds to complete the next phase of the project. 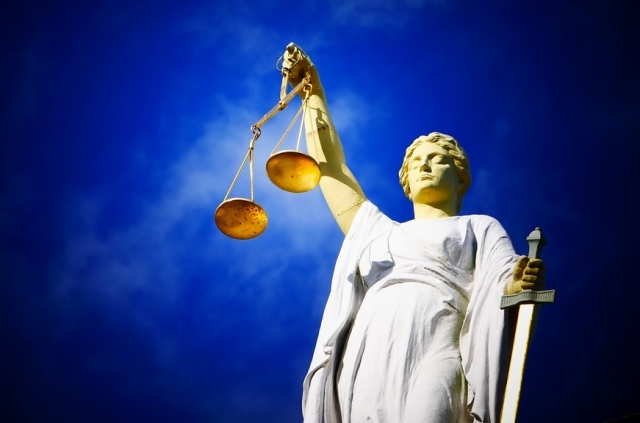 As of today, private defence lawyers in Manitoba are again refusing to provide legal aid to clients in bail court.

The president of the Criminal Defence Lawyers Association of Manitoba is hoping the job action will “keep the government’s feet to the fire” in the midst of an ongoing battle over legal aid.

Gerri Wiebe says that lawyers aren’t getting the respect from the government that they deserve.

“Our concerns aren’t being addressed in any reasonable fashion,” said Wiebe. “We really don’t see any alternative at this stage.”

Three weeks ago, 150 lawyers who deal with the majority of legal aid cases in Manitoba threatened to walk off the job if the government refused to meet.

That initial threat was rescinded when Manitoba Justice agreed to sit with defence attorneys last week.

The dispute over legal aid started because private defence lawyers haven’t seen an increase in legal aid rates in 12 years.

The lawyers are now asking the government to release a $1.5 million surplus in the operating budget to fund a portion of increases to wages as a short-term fix. 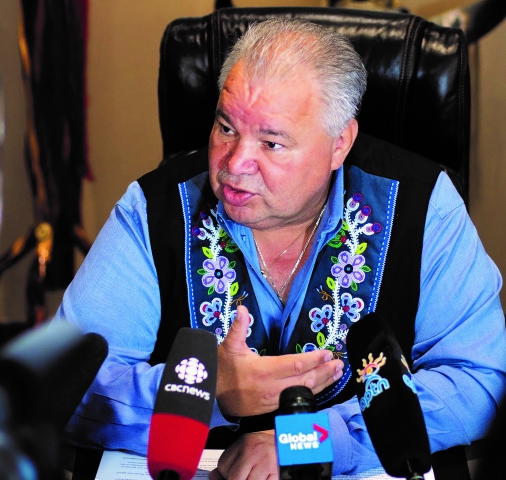 When David Chartrand, president of the Manitoba Metis Federation, found out the Dauphin Correctional Centre will close down in May, he was quite surprised it would happen without any consultations.

Chartrand says most people are looking at the jail closure as a pure money issue, but not a lot of talk is looking at the fact that in order for someone in jail to change, they need family and community support, which is going to get a lot harder.

“What they’re doing is actually taking individuals to be greater distances from their families’ support and pack them up into Headingly or Brandon. So they’re really going to pack up those institutions if they’re not already packed as is. But if they could challenge for the working poor and individuals, especially indigenous people who struggle day-by-day. But to find themselves hardly being able to get to Dauphin, which is sometimes a 1900 mile drive, or get somebody to drive them, or hire a vehicle to try and go see their loved one or family member. Now imagine they have to go to Winnipeg or Brandon and how are they going to get there when they can hardly get to Dauphin in the first place?”

Chartrand and Grand Chief Jerry Daniels met about the jail and feel the provincial governments should have met with them because they feel there could have been a way for them to help keep the jail open.

Chartrand says the Metis and First Nations governments in the province should have been given the option to buy the jail.

“They could say, look if we transfer the jail to the Metis and First Nation governments, given that we’re the clear majority in there anyways. So, if we give it to you, is there a possibility you guys can find the resources to manage the jail yourselves? I think that’s an opportunity we should explore, we should look at that. But again, this decision is made, I did make a call to Minister Cullen, that did not happen, he did not return my call. But I did send him a letter, myself and Grand Chief Daniels, stating we’d like to have a discussion on this before it’s finalized. Give us an opportunity to sit down and see what options are available.”

Chartrand thinks Cullen reacted too quick and urges him to look at this one more time. 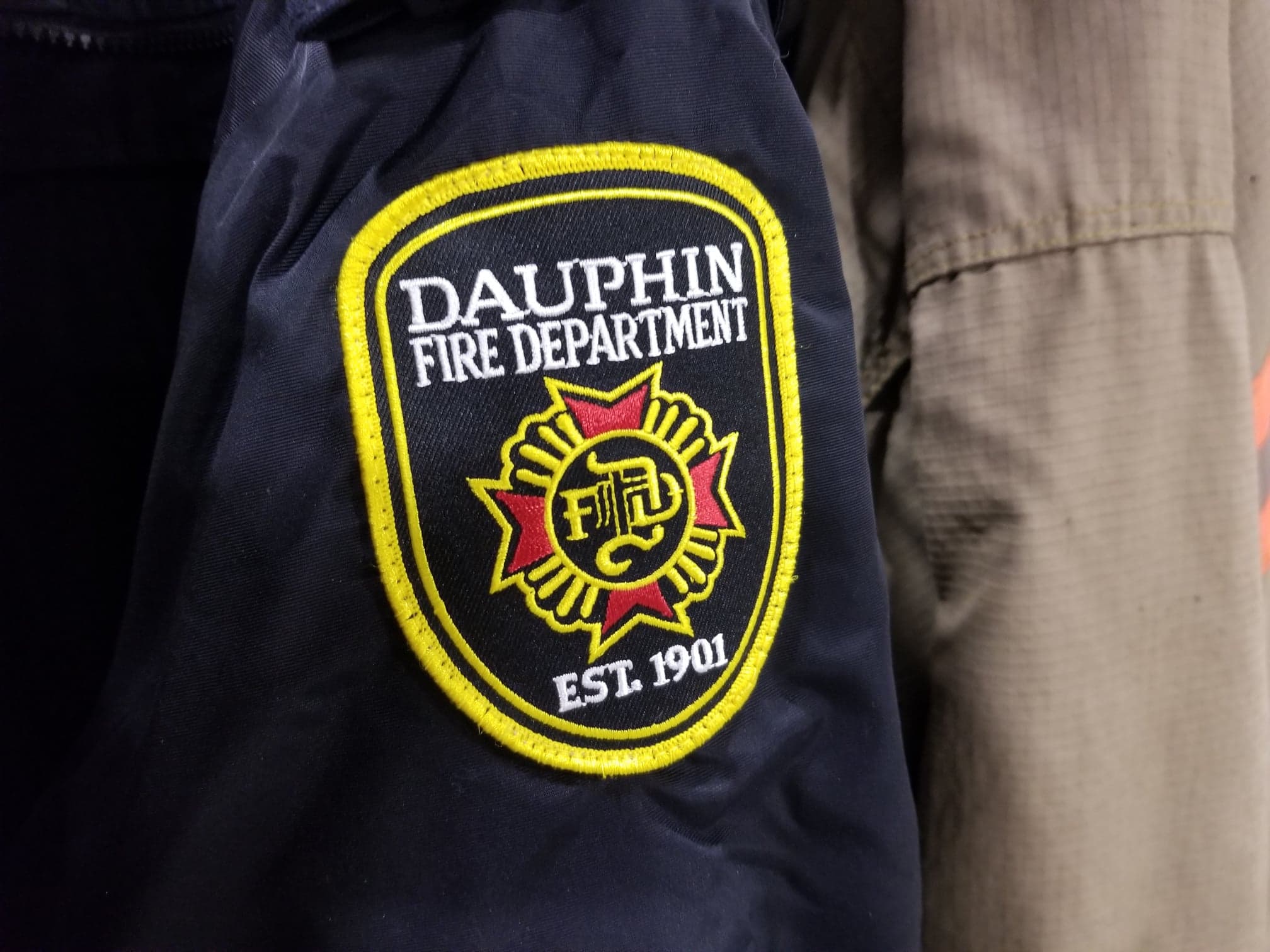 The first incident was a fire at 3:30 in the afternoon at Parkland Crossing. The suspicious fire was extinguished upon arrival and the RCMP are investigating.

Then, around 4:15 pm, the DFD was dispatched to a single-vehicle rollover several kilometres south of the City. The driver had no serious injuries but was treated by EMS.

The DFD was then dispatched for another single-vehicle rollover south of the Highway 5 & 10 junction shortly after 5:00 pm. The driver, in this case, was also not seriously injured but was treated by EMS.

Both traffic incidents were due to the highway conditions at the time. The fire department is reminding the public to be cautious of changing road conditions during the winter months.

This past week we’ve been covering the reactions to the jail closing.

If you’re concerned about the closure, there are some events this week you can show your support at.

On Monday and Tuesday, it all culminates with the town hall meeting and rally.

Monday at 5:30, the city and RM of Dauphin are hosting a town hall meeting with hopes that those attending get informed, take action, and contact Premier Brian Pallister, Justice Minister Cliff Cullen, and local MLA Brad Michaleski. The meeting will take place at Credit Union Place in the Aspen Lodge.

Then on Tuesday, a rally lead by the MGEU will be taking place at 4:30. Starting at the MGEU building at 322 Main St., the rally will march up to the jail where there will be guest speakers. President of the MGEU, Michelle Gawronsky says they are holding the rally to turn around the decision and leave the jail open until a new one can be built as was originally planned in 2013. Those unable to march or make it in time can join the rally at the jail, at 5 pm Tuesday. 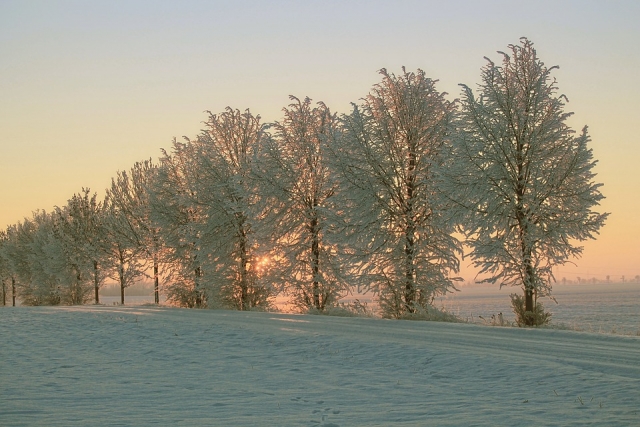 Free park entry at provincial parks will be available for the month of February.

Manitobans and visitors will be able to enjoy the many winter activities that the parks provide at no cost.

Conservation and Climate Minister Sarah Guillemard encourages people to take advantage of the parks this season.

“The beauty of our provincial parks does not disappear in winter, so why not take advantage of this great opportunity to enjoy the great outdoors. It’s a great chance to get the family together and leave the hustle and bustle of our busy lives behind to soak up all that our provincial parks have to offer.”

There are groomed trails in 13 provincial parks across the province with activities like cross-country skiing, snowmobiling, fat biking, snowshoeing and hiking.

People are encouraged to check trail conditions before heading out.

Maps of the winter trails and updated reports can be found at www.manitobaparks.com.

Chamber Weighs In On Jail Closure 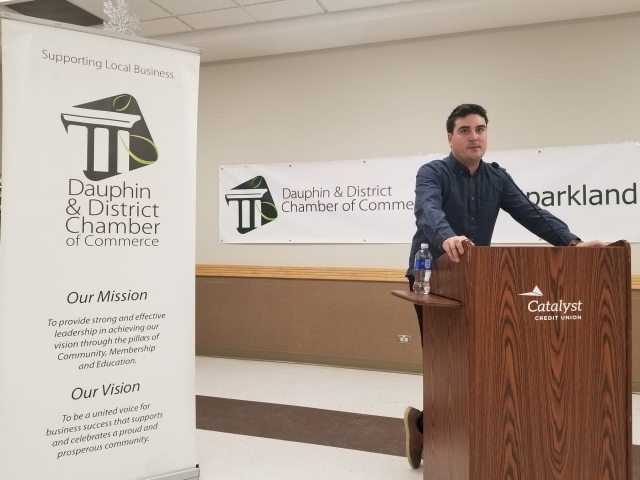 The Dauphin and District Chamber of Commerce says that the closure of the jail will affect business in the community greatly.

Executive Director of the Chamber, Stephen Chychota says that the announcement of the closure has been tough on everybody.

“It’s definitely going to be a difficult situation to deal with on many different levels,” said Chychota. “It’s a ripple effect that goes through a lot of different organizations, and different levels of government. We got to be there where we can, and be the voice for the business side of things, and support those organizations out here the best that we can.”

Chychota says that the Chamber has to creative in the way it adapts to business without the jail.

While the closure will take its effect,  Chychota is excited about the opportunities that may come to the Parkland with the announcement of an economic development tour in the spring.

The Chamber is planning to take a supportive role in the fight against the closure and is hoping that as time goes on more information as to why the decision was made will become available.

“We’ve got to band together, and figure this out,” said Chychota.