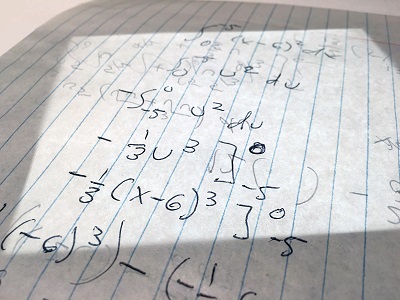 A study done at the University of Manitoba found that Manitoban students are incredibly unprepared for calculus classes, resulting in half of them failing or quitting long before their final exams.

It was also found that regardless of how well the student performed in high school pre-calculus, it did not matter when it came to university calculus.

Darja Barr, a math professor at the U of M, conducted the study by analyzing 15 years of marks of students who took pre-calculus at a Manitoba high school and introductory calculus at the U of M.

Barr saw that high school grades did not represent future success, which she says is concerning because pre-calculus is supposed to prepare students for university calculus.

“I want to figure out why the disconnect is happening,” said Barr. “I would have students come to me after a midterm and say ‘I don’t understand what’s happening, I got 90’s in high school.”

In light of her research, Barr has asked the commission reviewing the province’s Kindergarten to Grade 12 system, to look at improving the pre-calculus curriculum to better prepare students for continuing their education.

Barr says that changes to the curriculum have made high school math worse, adding that more standardized tests are needed to gauge where students’ skills are coming out of high school.

Even after the recent PISA scores show how dismal math scores are in the province, the government has said they aren’t considering changing the current math curriculum.