There were 198 new cases of COVID-19 and 5 more deaths due to the virus announced on Thursday. Another death has been reported at the McCreary/Alonsa...

It was an exciting start to the week for the Dauphin Kings when Keaton Ziprick signed his Letter of Intent to join the team for the 2021-22 season. An...

CKDM's Love Notes Contest is Back!

CKDM’s Love Notes Valentine’s Contest is back! Three times a day from February 1st to the 12th, you will have a chance to call in and play Love Notes... 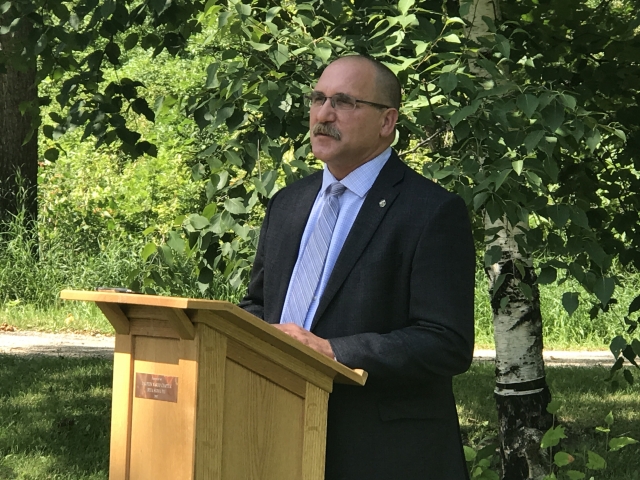 With a growing urban population, some believe there is an increasing disconnect between people and knowing where their food comes from.

One way to better inform the public, according to Dauphin MLA Brad Michaleski, is through provincial government supported livestock education. Michaleski introduced a private member’s resolution with this in mind.

In a media release, Michaleski says Manitobans have traditionally understood where their food comes from and that they are proud of the farming process. He noted that there are changing lifestyles in the province leading to the disconnect.

“Our hard-working livestock producers deserve support and recognition for their contributions to our province. It’s important that we highlight the essential education and appreciation of our diverse agricultural supply chain that feeds people around the world,” said Michaleski.

Since 2016, the private sector has invested more than $1.2 billion in Manitoba’s food processing industry.