No New Cases Identified This Weekend

It was a weekend with no new cases of COVID-19 identified in Manitoba. Public health officials say there are 17 active cases in the province as of 9:...

Premier Brian Pallister shared some information last last week that is quite promising to baseball players, parents, and coaches in the Parkland and t... 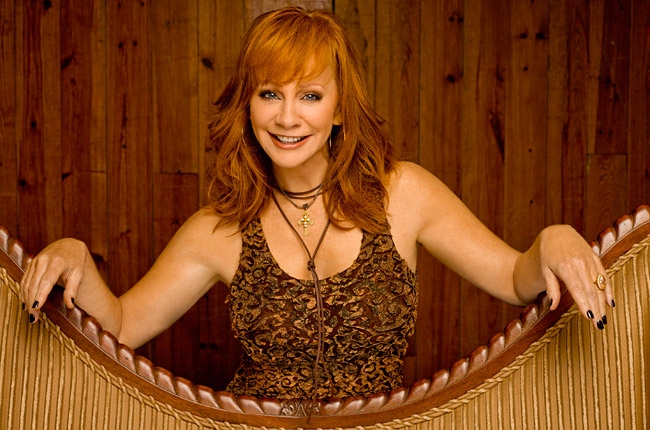 Reba McEntire will be the special guest during a one-hour music special featuring the stars of the ABC show ``Nashville.'' McEntire will perform her new song, ``Going Out Like That,'' during ``Nashville: On The Record.'' Cast members will perform songs from the show. The special will tape at the Grand Ole Opry on January 31. It will air this spring.

Billy Joel, Mumford & Sons and Kendrick Lamar are in the lineup for the Bonnaroo Music and Arts Festival. Robert Plant, Deadmau5 and Florence + the Machine will also perform during the four-day event. Bonnaroo kicks off June 11 in Manchester, Tennessee. Tickets go on sale Saturday. More than 125 bands and 20 comedians will perform across 12 stages.

Katy Perry is promising her Super Bowl halftime show will be colorful, funny and in good taste. Perry says her goal is to have people talk about her music and nothing else by the end. She knows the reputation of performers who pushed too far with the Super Bowl halftime, and while she says she can't control other people, she says she has no incentive to sabotage herself.

Perry says her kind of sexiness is not blatant but done with a wink.

She also believes the NFL needs someone like her after Baltimore Ravens star Ray Rice was seen assaulting his then-fiancee in an elevator. Perry says she's all about female empowerment and her songs like ``Roar'' and ``Firework'' mean there's no better person for the halftime show than her.

An assistant director on the ill-fated film based on Gregg Allman's autobiography says she was promised immunity from prosecution, but then authorities charged her with crimes.

Hillary Schwartz was working on the ``Midnight Rider'' film February 20 when a freight train plowed into the crew on a railroad bridge. A camera assistant was killed. Schwartz has asked a judge to dismiss charges of involuntary manslaughter and trespassing against her. She says prosecutors assured her she was a witness, not a suspect, and got her to give an interview. She was charged less than two months later.

The bed where John Lennon and May Pang stayed during Lennon's ``Lost Weekend'' in 1974 is for sale. Leslie Hindman Auctioneers is offering the vintage brass bed from the room at Caribou Ranch in Colorado. It's expected to sell for $300 to $500.

Elton John was recording at Caribou at the time. The piano upon which John wrote ``Philadelphia Freedom'' is also for sale, as is another piano he used for recording ``Don't Let The Sun Go Down On Me.'' A parka from the ranch that Michael Jackson borrowed and wore in a People magazine photo shoot and an ATV he drove around the property are also for sale. The auction will be held January 24 in Denver.

AC/DC and Madonna are among the first performers announced for the Grammy Awards. Ariana Grande, Eric Church and Ed Sheeran will also perform. The Grammys are February 8 in Los Angeles and will be shown live on CBS.

The museum dedicated to George Jones will open almost two years to the day since his death. Jones' widow, Nancy, says the museum will open April 24 in downtown Nashville. That weekend will also mark the launch of White Lightning Moonshine, developed in a partnership between Jones' estate and Silver Trail Distillery. ``White Lightning'' was Jones' first number-one country hit in 1959.

Willie Nelson, Usher and Coldplay's Chris Martin will pay tribute to Stevie Wonder at a concert next month.

The Recording Academy announced Wednesday that Ed Sheeran and Janelle Monae will also perform at ``Stevie Wonder: Songs in the Key of Life _ An All-Star Grammy Salute'' on Feb. 10. The concert will take place two days after the 57th annual Grammy Awards.

Tickets for the tribute show are currently on sale.

The concert will be held at the Nokia Theatre L.A. LIVE in Los Angeles. It will air as a two-hour special on CBS on Feb. 16.

Wonder has been awarded 25 Grammy Awards during his illustrious career.